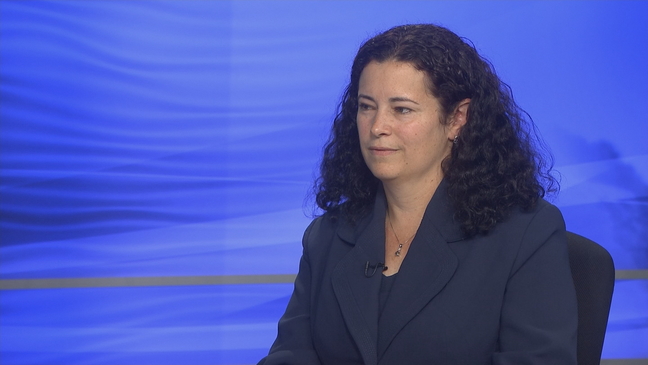 Recently, Assistant Professor of Accountancy Dr. Julia Camp appeared on Turn To 10 to discuss the implications of possible tax reform under the Trump administration. While many details are still uncertain, Dr. Camp explains what might happen as a result of reforms that are currently on the table.

There is a constant debate surrounding the nature of the Trump tax reform and who it will benefit. The administration and its supporters claim that the reform will be a “middle class miracle,” helping middle class Americans the most. Critics claim that the reform will only benefit the wealthy. Dr. Camp explains that these implications depend on reform surrounding deductions, income level, and cut-off amounts. For example, Dr. Camp says that for a family with very low income or a family with virtually no deductions, the potential tax reform may be “a winner.” She goes on to say that we can’t be sure about the effect it will have on larger families with more deductions or higher income until we know what the cut-offs are for credits and deductions. However, those families will lose some deductions for sure.

Dr. Camp also lists some of the specifics that may be part of the Trump tax reform. First, corporate tax rates could drop from 35% to 20%, a low that has not been seen since the 1940s. According to Dr. Camp, corporations are avid supporters of a lower rate because it will result in significant savings and higher profits. As far as individual tax reform, the personal exemption may be eliminated entirely, and the standard deduction may be doubled. Whether these changes will be harmful or helpful depends on the size of the family, and the reform of certain credits such as the Child Tax Credit. Itemized deductions may be eliminated entirely, with the exception of the charitable deduction and mortgage interest deduction. Dr. Camp believes that the state income tax deduction will remain as well, because it is such a hot-button issue.

The American tax system is a notoriously complex one that forces most citizens to use software or hire a professional tax accountant for help. The Trump administration claims that this will change, with the reform making it possible for Americans to do their taxes on just a postcard-sized piece of paper. Dr. Camp, however, says this is fantasy. “There is too much going on,” she says, in regard to the tax system.